Surely not a wasted day. There is so much to see and to do in Burgos, that the day was gone in a whiff. Keynote activities were the quest for a decent breakfast in a location kissed by the morning sun and a wifi hotspot with a decent bandwidth. The main tourist areas are provided with free Wi-Fi connections (you need to register though) but with such a tiny flow of bandwidth that only competes with the even tinier water flow of the showers in some Albergue. To finish up a 5′ Skype conversation with my wife, it took more than 30′ where most of the exchanges were: “Hello, can you hear me, can you hear me?”. Anyway not a major issue all things added up (literal translation into English of the Italian expression: tutto sommato). I had to check out the Albergue at 8am, leave the backpack there, and to check in again at noon. So I had 4 hours to kill and apart from the breakfast and the various fragments of Skype calls, I decided to pay a respectful guided visit to the gothic cathedral.

The visit costs euro 7, one third of my daily allowance,  but surely was worth of it. Apart from hosting the remains of “El Cid Campeador”, knight and hero of Burgos who was instrumental in the war against the Ottoman Empire in the eleventh century, it also hosts incredible artistic masterpieces. Three hours were absorbed easily in touring the massive cathedral with two cloisters and incredible architectural hazards. It was build to rival the French gothic cathedrals of Reims, Amiens and Paris, and master gothic architects from Colon were invited to grant Spain with a place of honor among the other European cities if the Holy Roman Empire. 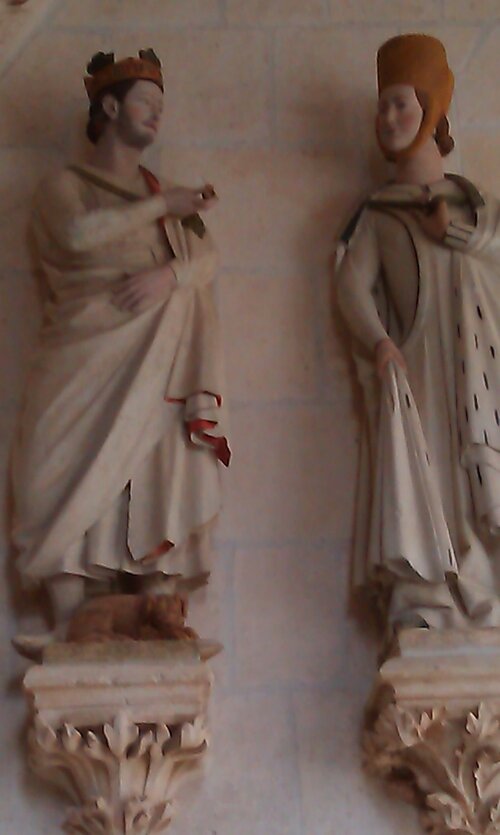 At the end of the visit, the time was just  ready for the check-in at the albergue. Already a long line was forming of the anxious pilgrims that left the previous starting point at 5am in fear of not finding a place to sleep. By right the albergues open at noon and by 3pm in best cases are already full. This one in particular can host 460 people, and this will give an idea of the enormous influx of pilgrims even in this relative low seasonal part of the year. Anyway after about one hour I managed to settle down in my new small quarter for the night. 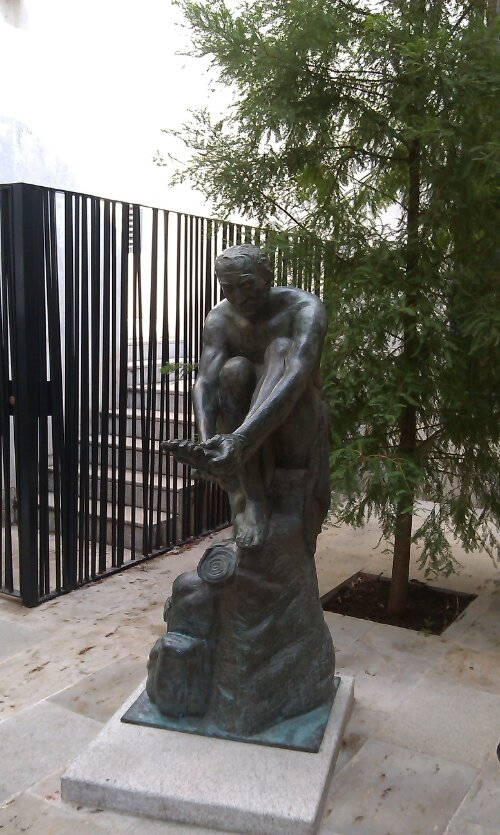 It is incredible how talking about feet and related parts is the key subject of conversation with other pilgrims. With no modesty, everyone seems quite proud to take off the socks and enumerate the blisters, calluses and other amenities of that sort. Even more incredible is the level of attention received by the occasional listener, who in turn also takes off his or her own socks and compares the gravity of the injuries. Quite common is also the distribution of wisdom in terms of most appropriate remedies, such as self inflicting a pain below the middle finger nail, to help out the pain on the feet (this one is also mentioned in Coelho’s Pilgrimage book) or blocking the blood circulation also on the middle finger with a tight rubber band. It seems that most issues are connected the middle finger! To my particular case, my audience nodded in consensus to a suggestion from a Danish lady, reassuring me that I should have wrapped the leg with fresh green leaves to suck off the infection. Honestly this last remedy I did not try, but I had some good time with the middle finger.

One way or another, the heat in the affected areas has cooled down quite significantly (miracolusly ?) and I feel confident of restarting tomorrow with a short walk of 10 km. I will take a cab to take me midway to the next destination. I am sure that on the occurrence also medieval pilgrims would have climbed on an oxen cart…..