There are inexplicable situations that happen I believe only when you are in peace with yourself and willing to open to the outer world.

This morning I started early as I wanted to test my leg over a longer distance. So at 6, I pushed me out of the Albergue. I still do not understand why some other people need hours to get ready in the morning. The usual subdued noise on the dormitory, but still noise by all means, started at about 5, and at 6 still everyone was moving around like zombies, between the bed, the washrooms and makeshift kitchen trying to prepare breakfast with horrible coffee and stale biscuits. Besides the lower extremities, food poisoning or in general stomach ache, is what pilgrims complain about the most. For sure avoiding to have breakfast in municipal hostels, is the first precaution for an enduring well being. Actually after all this while, even the menu de los peregrinos at dinner, it’s getting a bit boring with too much food with little variety and  lot of bread. Sorry for digression.

I take normally 15′ to get ready having prepared the backpack the night before. Just need to meditate a little on the bowl, wash hands and face, brush the teeth, fold the sheet liner, hang the scallop shell to the backpack, tie the shoes and I am ready.

If the skies are clear as there were this morning, the solace of being surrounded by such field of stars, is beating all back thoughts of a bit more sleep. Compostela is deriving its name from campus stellae, i.e field of stars, and ancient pilgrims were able to orientate themselves at night following the Milky Way.

My headlight was projecting a small cone of light on the gravel road. All the rest was silent, magic, and mysterious. All of a sudden, I heard some little steps behind me, and fearing the worse, I turned immediately, flooding with light a small Korean lady that trailed me respectfully three steps behind. She had no light and was trying to walk in my shadow to share the light. I offered her to walk in front of me instead, so that she could see better any obstacles or loose stones on the road. She shyly agreed and we almost found out immediately that we had no common language to communicate extensively. We walked in this fashion and in total silence until day break almost 1.5 hours later. Once at the top of what I think was a Meseta, she turned and indicating the stars, she named a few of them using the Latin name. That was quite odd but I was nonetheless pleased with exchange. Much later, at a picnic area, she came to me smiling thankfully and offering me an apple. I was so touched by this simple gesture and the rest of the day continued in a different light. Her name is Kwan Hae Sook.

At Itero de la Vega, an Albergue managed by an Italian fraternity was another special encounter. The simple and high spiritual place is hosted in an hermitage, and has no electricity or running water. The guests are given candles and the simple dinner is also shared in the main church hallway. 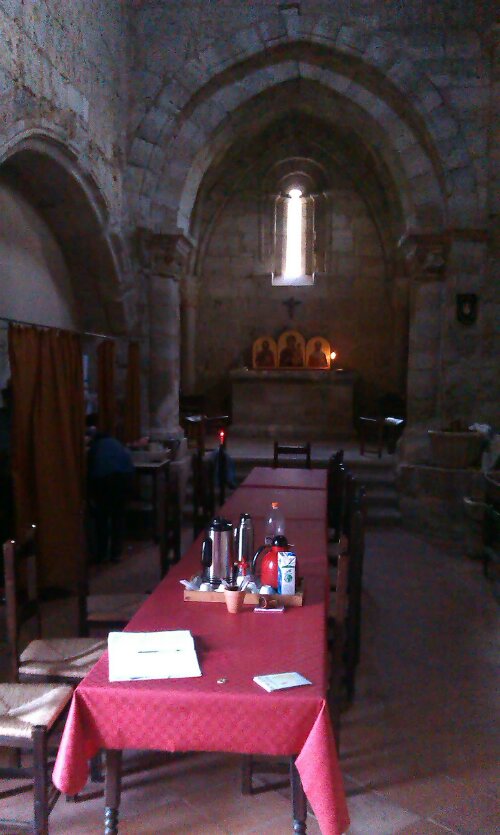 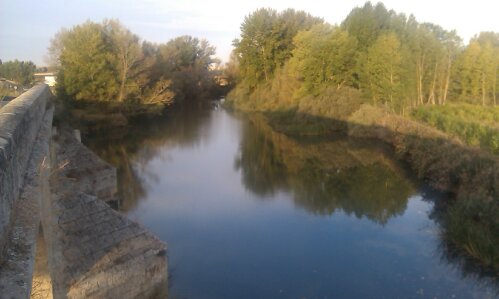 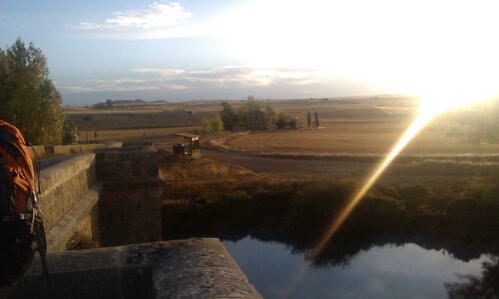 The meseta landscape is feared by most as being barren, inhabited or with scarce villages. However it has a sort of natural dignity and so far the most inducive to enable meditation while walking alone. Contrary to what it seems, it looks as this desolate land cultivated mostly as wheatfields and sunflowers (unfortunately all dried up already), is connected to an universal and ethernal wisdom. Having accepted to slow down to a lower pace, I found out a new connection between my breathing cycles, the gust of the wind sweeping the land incessantly, and the pace. All this is harmony and sheer happiness. I keep torturing my middle fingers to continue the esoteric healing process and I am at peace. 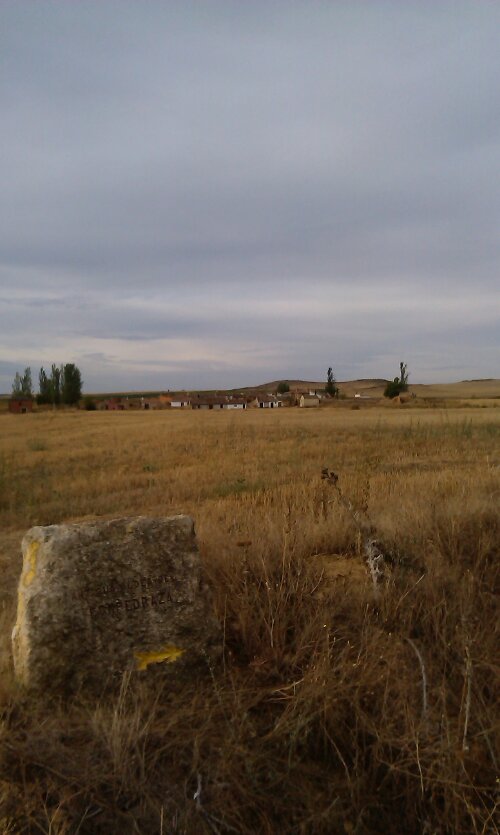 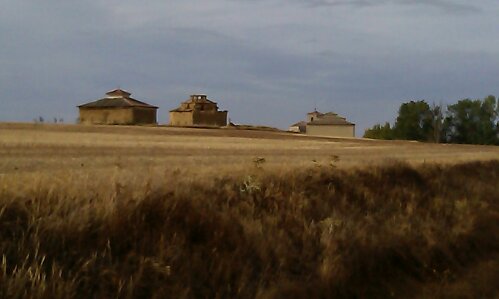 An unknown hand wrote: “Love is the way; the Way is love”. Today I finally believe I can understand it’s meaning. 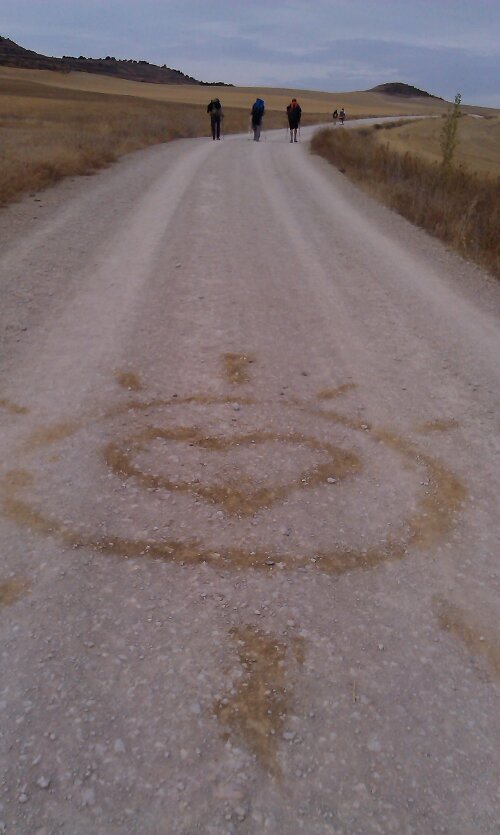