The main feature of this stage is the passing through the city of Pamplona. According to the guidebook, the city should have been skipped entirely as too contrasting with the quietness and the serenity of the Camino trails. Honestly I liked the city and how has been layed out to preserve the ancient past as a fortified and walled city, and the modern viability requirements. The medieval center is very alive with beautifully restored ancient buildings, hosting a variety of small bars, restaurant and cafes. The remains of the impressive fortifications are embedded now in green city parks which actually complement very well the spirit of the Camino. The few pictures I have taken shall be added later once I can download them from the other camera.

Today I’d like also to share some reflections on something that got my attention along the way.

“Worrying is praying for something we do not want”. This was noted by an unknown pilgrim in Zubiri. If I only were able to put only 10% of the energy I spend on worrying and preparing for the worst, into a direct visualization of what I really want, I guess it would be already a turning point. I shall pay attention to my inner worries to transform them into positive prayers.

One pilgrim today told me: “I am afflicted by all sort of sore body parts. Everyday I have plenty of reasons to quit. Then I hear my mind speaking to the body: “Dear body, I am not to quit because of you. I see that there is suffering, but you better come to terms with it and accept your limitations with less drama”. I was considering my own experience in dealing with pain. Was I able to dominate the pain or the other way around?

One of the limitations of the Camino layout is that, in some cases, its original trail has been displaced by modern urbanistic and logistic needs. Maybe it’s a new road, or a new residential area, or maybe the development of an industrial area. Yet the modern pilgrims continue to follow the new layout, obedient to the new way marks, often walking on paved suburban roads or facilitated trails with stone pavements. Often the layout seems to aggravate the difficulty with sudden uphill climbs followed by steep down inclines. Why is that so? The Camino teaches patience and endurance to the mind, by focusing on the purpose instead of the shortcuts.

As the mid afternoon skies turned menacing with dark clouds assembling over the Alto del Person, a small mountain range whose crest is evenly marked by the presence of hundreds of giant modern day windmills, I decided to check in in a quiet village of an unpronounceable name: Zariquiequi. 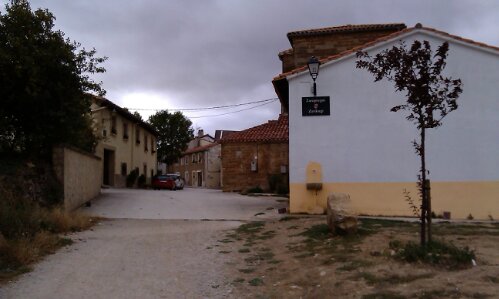 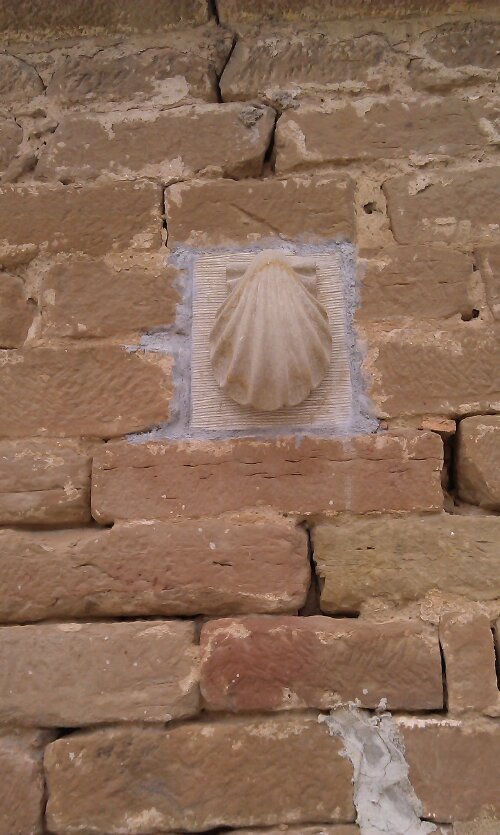