I found out that Oloron is a crosstown of two main pilgrimage routes of ancient times, la rue du Piemont (GR78) and la route Arlesienne which goes south and crosses the Pyrenees to Spain at le Col du Somport. The GR78, that I have been trying to follow since yesterday, goes instead parallel to the mountains and goes further west to St.Jean.

During my hectic trip planning I totally missed out the GR78 itinerary which is not charted on Google maps. My itinerary for today was supposed to take me on a SW direction towards Montory. I finally got a GR78 map and I learned should have walked NW instead towards L’Hopital St. Blaise. This is going to be a real pilgrim’s hostel and the place as seen on the Internet is a promise of spirituality and inner peace.

To conclude my recounting of Oloron, the hotel I stayed in (Hotel de la Paix) is not worth both the name (plenty of traffic all night long) nor the hospitality offered in a quite rude and kindly manner.

Throughout the day several other blessings need to be noted:
– a few angels disguised as a couple of peasants walking along the road, an old woman at a window in an unnamed village, a pretty young lady in a bicycle, that stopped to greet me while I was having breakfast barefoot against the walls of the church in Buzy. All popped in at the right time to redirect my lost steps on the correct direction,
– the realization that in a pilgrimage you need to think like one of these ancient travellers. The path goes fr church to church, and often passes nearby the cemetery,
– as I developed serious pain in the feet, I thanked my Superior Power for having suggested me to pack also a pair of snickers. With sudden relief the change of shoes proved to be the most significant blessing of all.

Hope I will find again a wee-fee connection tonight for continuing the postings.

But let’s go with order, since today’s blessings were abundant and significative.

This morning the chef-owner of the hotel in Sevignacq, Jean- Pierre Paroix, shyly offered me the breakfast for free not to mention the car pickup service. I took a picture of him to remember to leave a stone along the road for him too.

Not long after I left, I bumped into the first sign of the Camino. I felt burst of commotion for being part of such a grand movement of people, which for hundred years before me were checking the same road.

The problem with trails is that it us very easy to take wrong turns, and therefore being forced to long detours. I shall continue tomorrow since now I am really super dead tired. Just to mention that tomorrow I shall check in a real pilgrim’s hostel a L’Hopital Saint- Blaise. The road is there for me tomorrow to take. 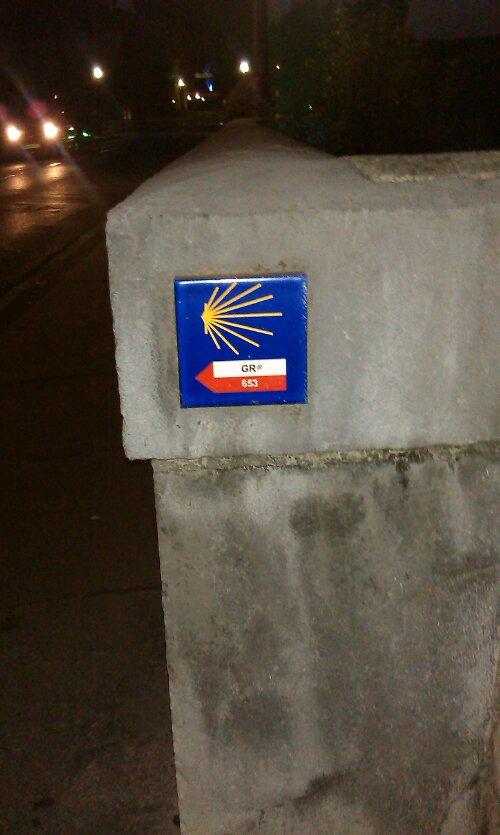 Here are some random pictures of Oloron where I am spending the night. 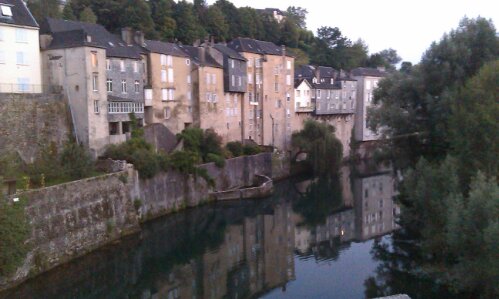 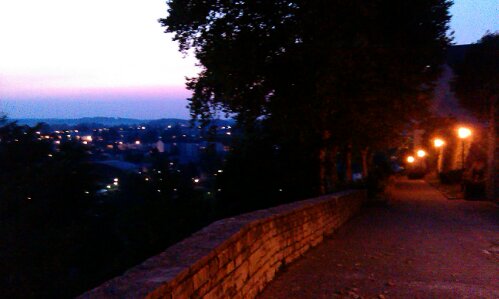